It’s mid-morning, and I’m on my way back from dropping my daughter at day camp. On one side of the road, cows graze in an open field, on the other a large banner ruffles in the breeze. Its bold red lettering has been working on me each day, all summer long, planting a suggestion in my mind: How about a cupcake this morning? 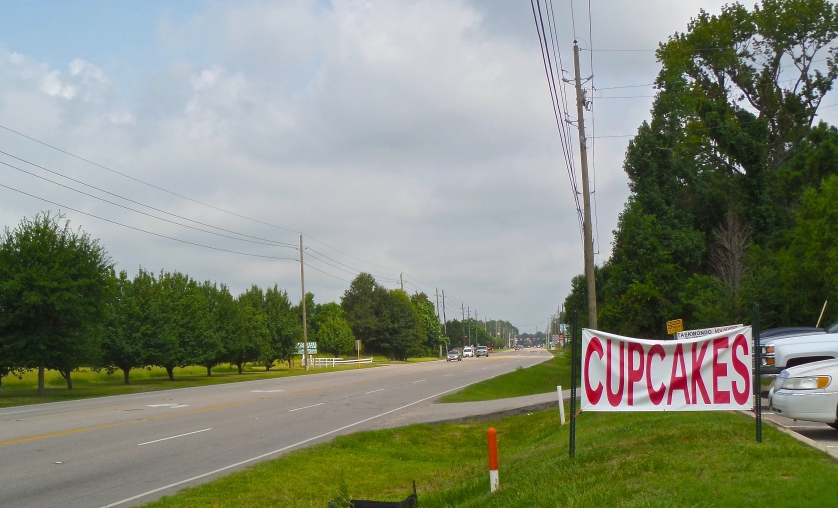 Today I am giving in. My son’s birthday is coming up, so “taste testing” is the perfect excuse to stop by. I ease into a parking spot right up front. The Cupcake Cowgirls is located in a small strip center and office park that sits on a less developed stretch of Kuykendahl Road, a little rural oasis between Spring and The Woodlands, Texas.

The Cowgirls open their doors at 10:00 a.m. As the batches cool, the ladies carry them out of the kitchen, a few dozen at a time, and place them in their temporary home in the display case. A steady trickle of customers comes and goes, and the case begins to empty. It keeps up like this until the cupcakes sell out.

A dutiful husband arrives to pick up a few dozen cupcakes that have been ordered for an office baby shower his wife is hosting.  A little bit of everything fills the boxes, like an assortment of old-fashioned showgirls, each balancing an outrageously beautiful chapeau on top.

These are not those flavorless little mass-produced cupcakes with a mound of gooey manufactured frosting on top that you may have had someplace else. No, these taste like something your Aunt Betsy would make–you know the aunt that everyone crowds around to help when she gets out of the car because she’s got home-baked treasure in her Tupperware cake carrier? These cupcakes are like that.

Rebecca Clanton opened Cupcake Cowgirls 2 years ago after creating the winning cupcakes with her baking partner on a 2012 episode of The Food Network’s Cupcake Wars. One of those winners, vanilla salted caramel, is a big favorite at our house. It took a little convincing, but my daughter agreed to split the last one with me.

They say the current cupcake phenomenon started when Sarah Jessica Parker and pals on the HBO trendsetter, Sex and the City were shown savoring the sweet treats at the original Bleecker Street location of NYC’s Magnolia Bakery. After that, cupcakes took off as more than just a bake sale item or a kid’s birthday treat. Cupcake “boutiques” began popping up everywhere.  But there may have been a little irrational exuberance about the wisdom of opening so many shops. And when Crumbs, a nationally known cupcake shop powerhouse, suddenly closed all 49 of its locations and filed for bankruptcy last month, the death watch began. “Cupcakes are over,” the food writers cried.

We live in a hyper-information age–if you’re not Tweeting something new, you’re losing. This thirst for new and different content drives the endless search for the next big thing. So what’s supposed to replace the cupcake? I’ve read that cake pops are the new cupcake, or maybe macarons, or maybe even gourmet popsicles. (No, seriously.) 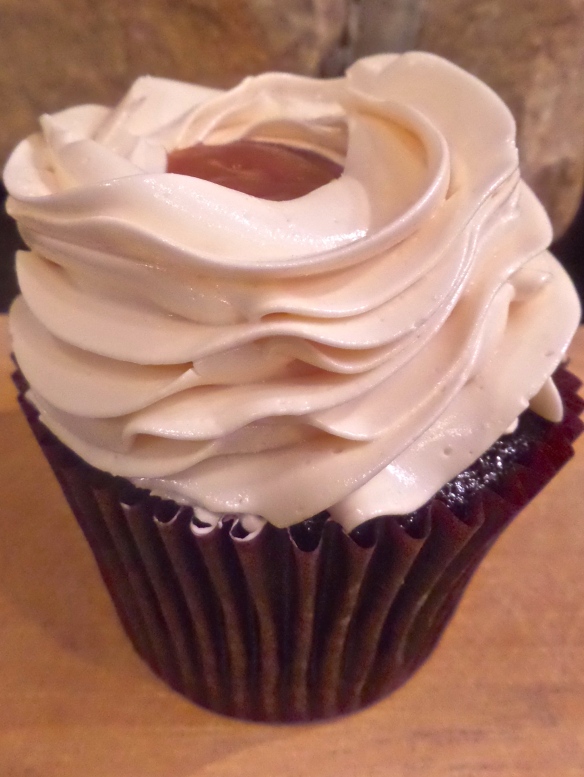 However, as The Huffington Post Taste associate editor Alison Spiegel explains in her recent post examining current Google statistics, it doesn’t seem to matter what the prognosticators say, people still want cupcakes. The popularity of Clanton’s shop seems to be proof of the cupcake’s staying power. She is about to open two new locations, and there is even franchising in the works, according to the store’s website. 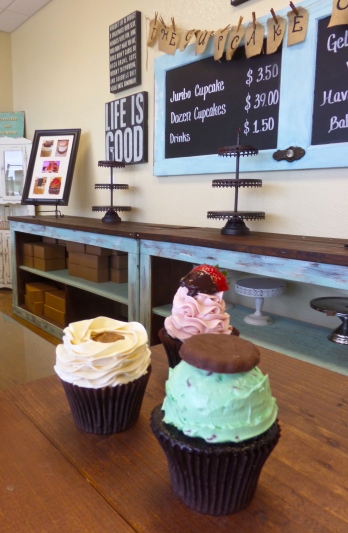 Maybe our love of cupcakes is stable. The right recipes, the right location, and the people will come. If Paris can have a patisserie in every neighborhood, maybe Americans are deserving of a good cupcake shop close at hand, wherever they live. I know I look for an excuse to drop in and sample a few when I can.

So is a cupcake too decadent for breakfast? All I know is, whenever I stop by in the morning, and those fresh-baked beauties are coming out of the oven, there is going to be one empty spot in that box of 12 that I’m picking up. 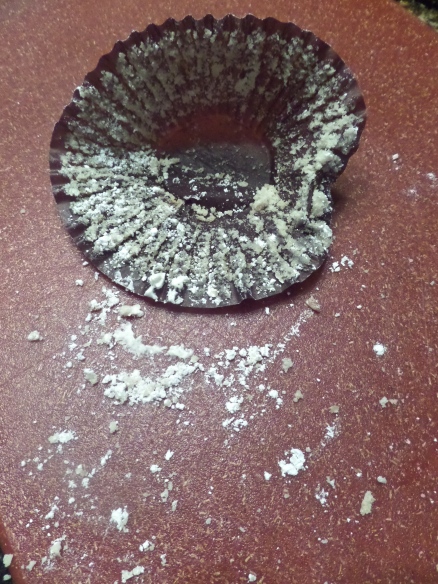 4 thoughts on “Cupcakes for Breakfast. Is That So Wrong?”